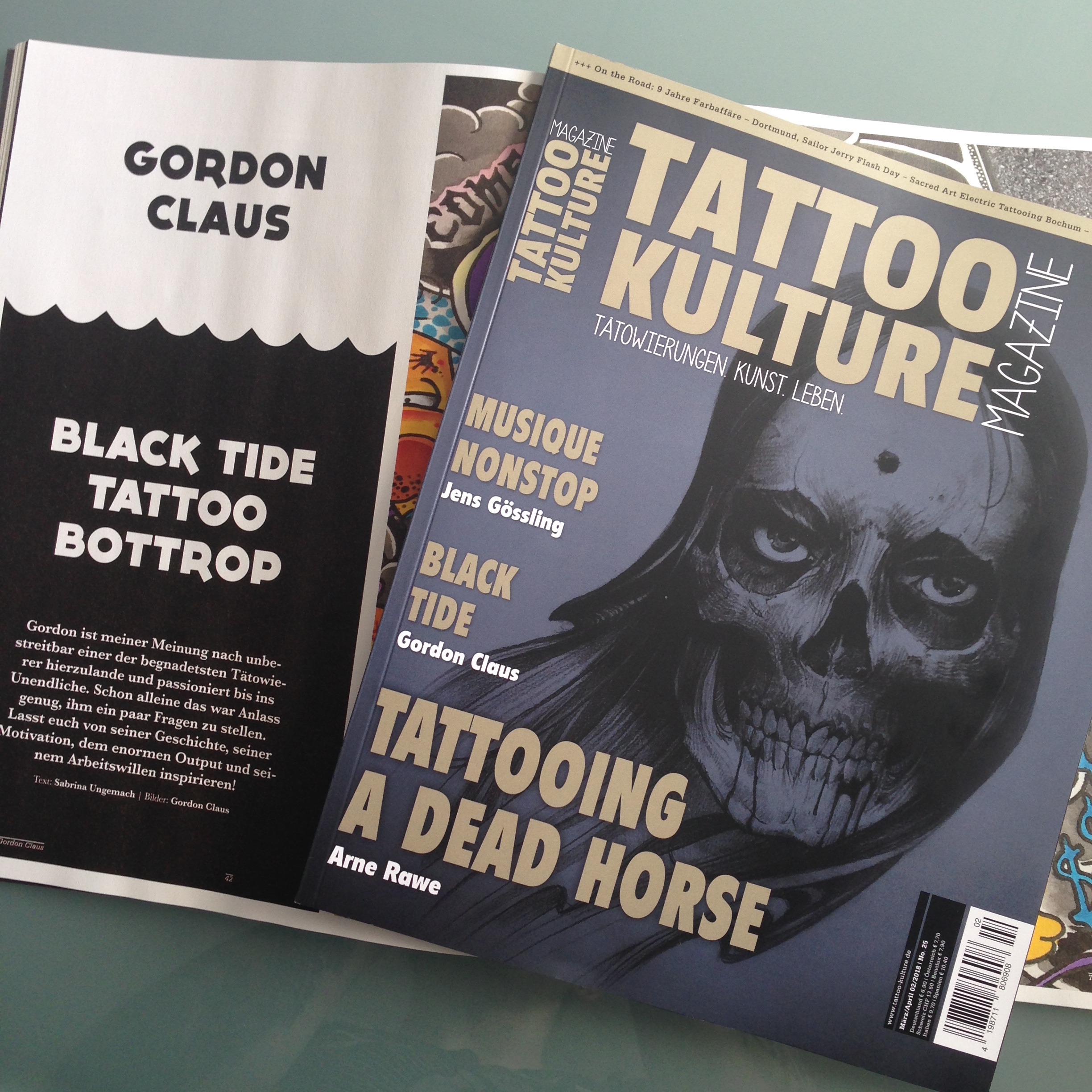 Inlay and Cover of TKM issue 25.

For years Gordon Claus has refused to appear in any tattoo magazine. He doesn’t like publicity, rather wants people to be convinced by his tattoos than by fame. Just like Sailor Jerry said: “My work speaks for itself…” And because he has that old school mentality towards tattooing, Gordon wants to be in good contact with his clients, being able to give everyone a good time getting tattooed from him.

A good Horishi works in silence!

It’s that special mentality, you don’t find a lot in these days, that partly creates the flair at the Black Tide Tattoo in Bottrop, Germany.

However this time, when Sabrina from TKM politely asked for his opinion on tattooing, he couldn’t say no. Why? Probably because he sees the development of the “industry” tattooing has taken with a heart ache.
He just loves what he does and wants to keep it something special. Something to remember, something mystical. Maybe he wanted to share his thoughts with people actually interested in the good old tattooing and not in trendy fancy tattoos. Perhaps he found someone performing their jobs with similar reasons at Tattoo Kulture Magazine and wants to support that…

Please enjoy reading issue number 25 and and let us know what you think about his interview!

All the best
Jen