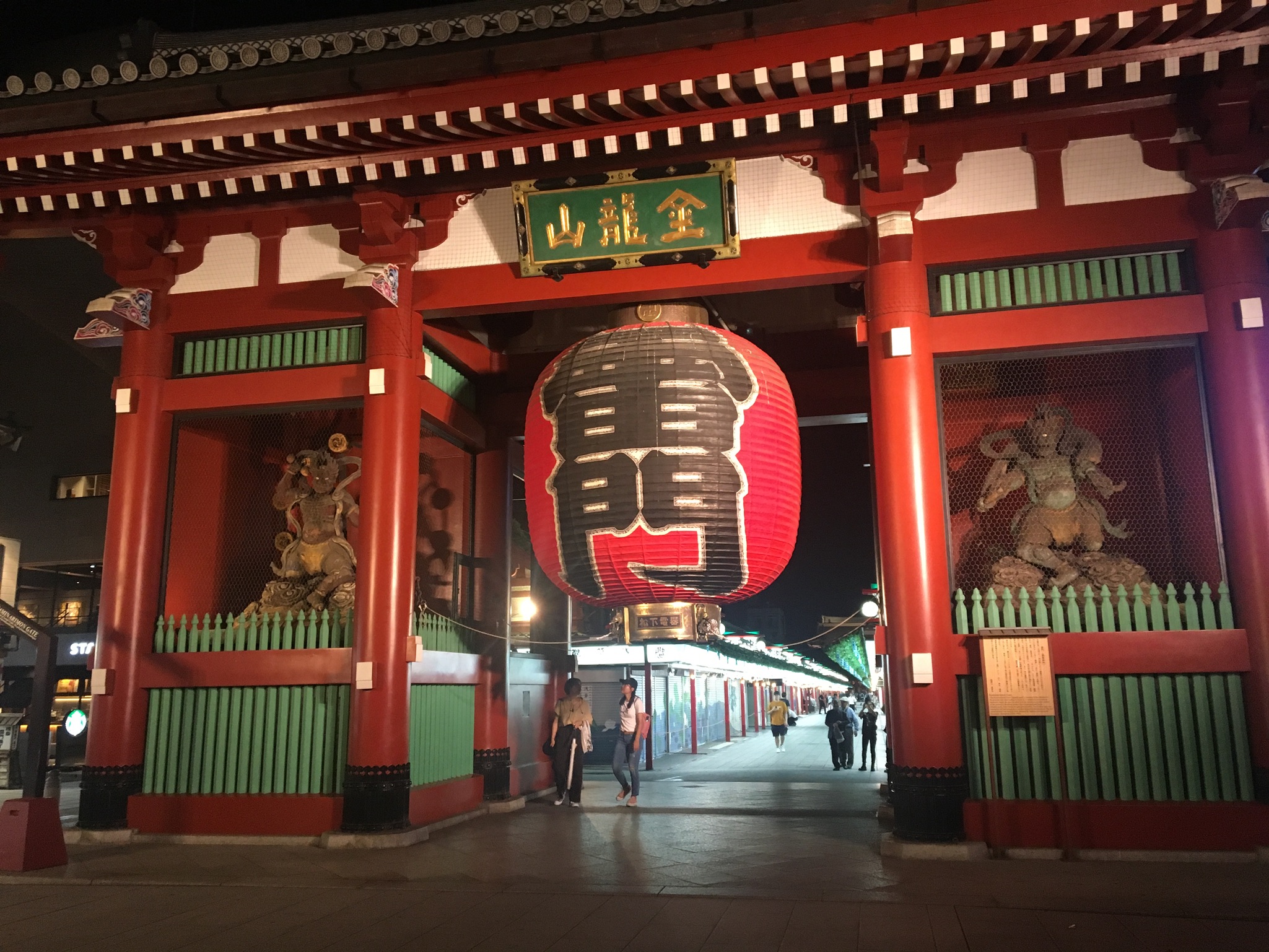 Sanja Matsuri, the Three Shrine Festival, is recognised as one of the wildest and largest religious festivals in Japan. The festival is held in honor of Hinokuma Hamanari, Hinokuma Takenari, and Hajino Nakatomo, the three men, who established and founded the Senjo-Ji Buddhism.

Sanja Matsuri is a religious celebration, held on the third weekend of  May. Its prominent parades revolve around the three giant portable shrines, called Mikoshi. Over the course of three days, the festival attracts over 1 million locals and tourists every year with traditional music and dancing. A statue in honour of Kannon Bosatzu

The festival, that is dedicated to the Kami or spirits of the three men and main attractions are the bigger Mikoshi that appear on the third and final day of the festival. These three elaborated, black painted wooden are decorated with golden sculptures and painted with gold leaf, each weighing approximately one ton. You will recognise the main shrine, because it has a golden phoenix on the top.
The weight of the shrine is so heavy that there is a row of multiple injuries amongst the many carriers. These include severe bruises on the shoulders, broken feet, broken ankles, broken legs. It is even reported, that individuals have been squashed to death. The weight of the shrine is so severe, that you can see it in the facial expression of the carriers.
It is not unusual for multiple people to stand on the front and back of the Mikoshi. By waving and  shouting they give  The people carrying the train underneath a sense of direction sense of direction.
I can imagine that for Japanese tattooers “Horishi” there is no other comparable place on the planet to study and see diverse individuals presenting  their “Horimono” tattooing. When visiting Japan this could possibly be included to your travel route.
To my surprise, after years of friendship, I was fortunate to be invited by Asakusa Horikazu Sensei to participate in the procession. You can imagine that it is a big boys dream come true, to march along. Over the course of the weekend there were many privileged discoveries to be seen. An old man probably close to 95 years old, accompanied by his wife, slowly making his way across the street. I took a moment, to see how fond I was of Japan. He had obviously recognised our group and rewarded us with showing his upper tattooed body with ink from over 60 years ago. What a sight! Also we had great pride in seeing work from “Chief Asakusa Horicho” which must be from the beginning of the 80s. Many famous tattoo families from all around the country participate each year and bring the best work along for everybody to see .

There is a high sense of pride. I have many fond memories since I got home.

My summary after my Japan tour this year was that travelling makes people. It is extremely interesting to understand different cultures. The understanding why certain imagery is used for Horimono has become even clearer. My understanding for Tebori, the art of  carving by hand, has grown immensely. Horikazu Sensei and second generation Kisaragi close to each other. Are great thank you for allowing me to walk along Horikoi Sensei and Horikazu for having me over.

So see you there next year.