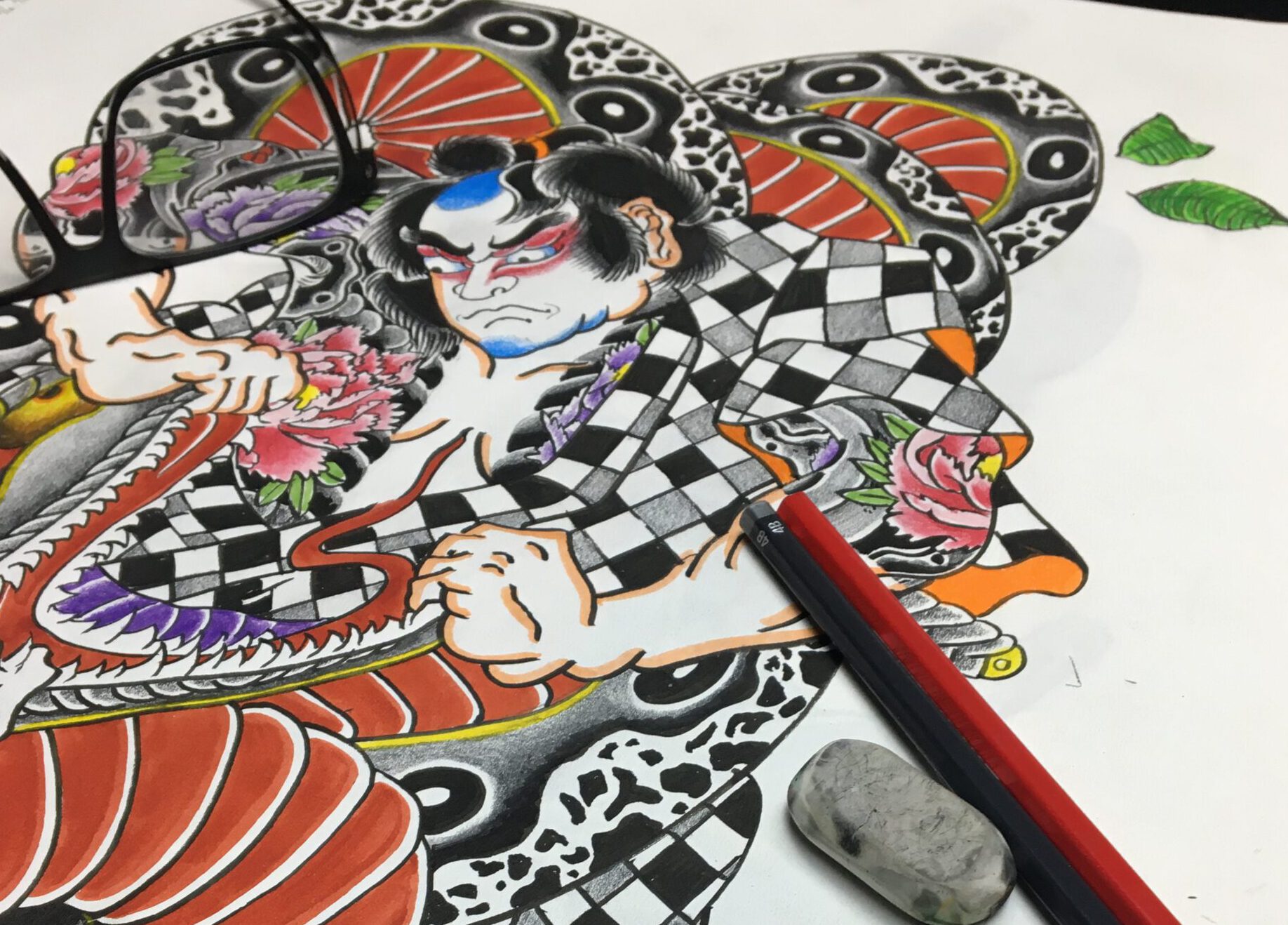 Bravery is key and leads to nobility amongst warriors!

Sagino-ike Heikuro grappling with a huge serpent at the lake of Sayama, Tondabayashi, in the Province of Kawachi from Honcho Suikoden goyu happyakunin no hitori, the “Eight Hundred Heroes of our Country’s Suikoden, One by One.”
I think its a beautiful design for (刺青を彫る) tattoo. I decided to make a design, to understand the image and Horimono in a better way.

Legend has it that one day Sagino-ike Heikuro dropped a fishing line in a pond in the forest of Tondabayashi, and a Uwabami (jap. Large Snake) tried to swallow him from above.  He smashes it with his fists and put his hands on it’s chin and makes sure to rip it apart.

The survival of a hero or warrior often was a question of time. Please act fast, a second can decide between life and death. Often enough of the pinches of life will catch up with you from time to time. It’s up to you to make the most of it. Quick decisions and brave action are often a solution. Sometimes it’s pure instinct and not rational thinking.

Rules in Horimono are there to be followed!

A modest description on how Tattooing works in Japan. The design of Heikuro is famous in Japan and everybody knows it. Considering that each region of Japan and Tattoo family has its own way of interpreting their designs, they can and are ment look considerably different. However the root of Horimono should be followed. There are rules and stepping away from them will lead to a diluted version. This immediately distinguishes between a Japanese Tattoo and non-Japanese Tattoo. In the case of not following the rules, it’s advisable not to use the expression “Japanese tattoo”

Let’s better to lightly follow the rules of Japanese horimono. Although the world of “Tattoo” is always in a constant and different version of evolving stigmata in modern day society, it can be concluded that Irezumi “Japanese tattoo” can partly be considered as being rebellious. It will never belong to fashion.

This of course brings me back to following rules. No matter how your decision, you are free to go with realistic version or with a tough and flat dimension. Depending on what you would like to express. Dimension is good but when it starts becoming too fancy, it tends to lose its essence. It becomes something like following the rules without rules!